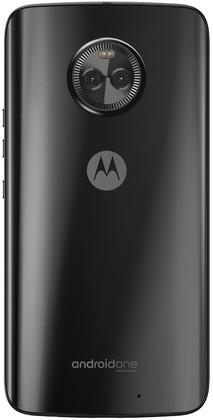 Google’s Android One is a great program for people looking for affordable devices with regular android updates delivered to them by Google itself on time. But the program saw its ups and downs in the past. But it now looks like Google wants a total revival as recently it has partnered with Xiaomi. And made the Mi A1 Android One device which is a rebranded MI 5x running stock Android, instead of MIUI.

But now there’s one more established OEM that will join Google to further continue the Android One challenge and once was a part of Google before Lenovo. And you guessed it right; it’s none other than Google once owned Motorola Mobility. The duo is also planning an Android One device. And according to the new leaks by reliable tipster Evan Blass has leaked an image of a Motorola device with Android One branding.

Well, the device is none-other than the new Moto X4 (Moto 2017); with the Android One branding at the bottom rear can be seen. Moreover, we already know that Motorola phones already run on stock vanilla android; with very few to none customization by the OEM. So, it seems like it will get even better with Google taking care of the updates side.

However, Moto X4 Android One phone will possess the same capabilities such as water-resistant, Dual-camera, Streaming Audio to multiple devices simultaneously. But it will surely miss out on the Moto specific features such as Moto-Display, Actions. Lastly, instead of Moto-Voice or Amazon Alexa, we’ll have the proven Google Assistant.

The tech-giant after killing the Nexus line in favor of the more expensive Pixel lineup is looking to revive the Android One; which now seems like earlier Google Play edition devices.