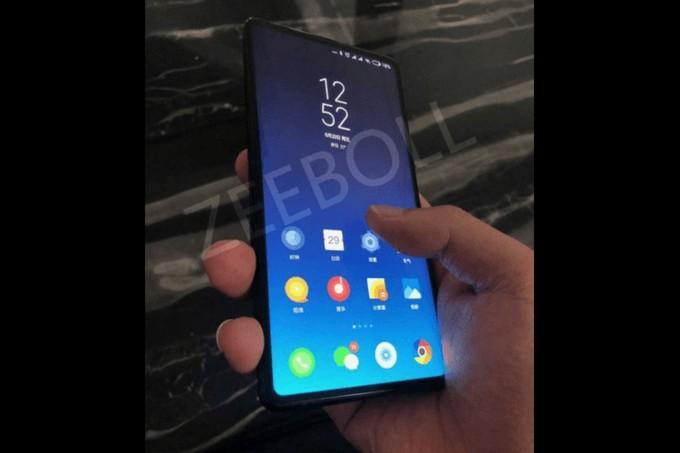 Oppo and Vivo are trying to bring the true bezel-less displays with motorized cameras. Now Xiaomi isn’t hesitating to put forward their offering too. Xiaomi announced the bezel-less trend back with their Mi Mix smartphone. Now the continued lineup has led to the Mi Mix 3 which reveals a complete True Bezel-less display.

Leaked online by a telegram group named XiaomiUI, the image reveals the device running on MIUI 10 which is the latest of them all. Apart from that, we cannot distinguish between the device’s fingerprint sensor placement from the leaked image because of the low quality. But we hope an in-display fingerprint sensor on this smartphone, though. Other than that, we might see an elevated camera module to compensate for the true bezel-less display. 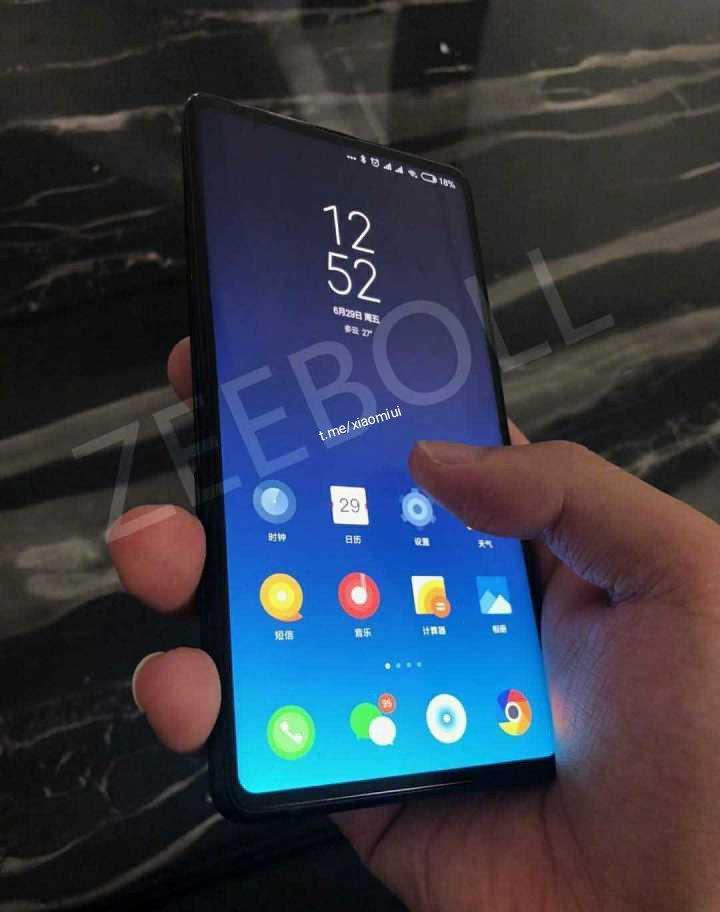 The image is not clear so we cannot provide more information about the device. One more thing to notice is that you can see the screen being large enough at 6.99 inches. This has happened with previous Mi Mix devices too. So we can expect a display size larger than 6 inches.

The leak emerges from a telegram group. And the group admin isn’t sure about the leak being completely true. The admin still considers it as a rendered leak rather than a photo leak. The group contains around 7.6K members who are quite enough to spread a leak. The original leak owner as per the watermark leads to Zeeboll; we still can’t confirm yet which one of those is the true source for the leak.

We still need to know the complete specifics of the Mi Mix 3 to decide on how the phone will look and possibly more images too. Until then, we have to wait for more upcoming leaks. For leaks like this, make sure to follow The Leaker daily.