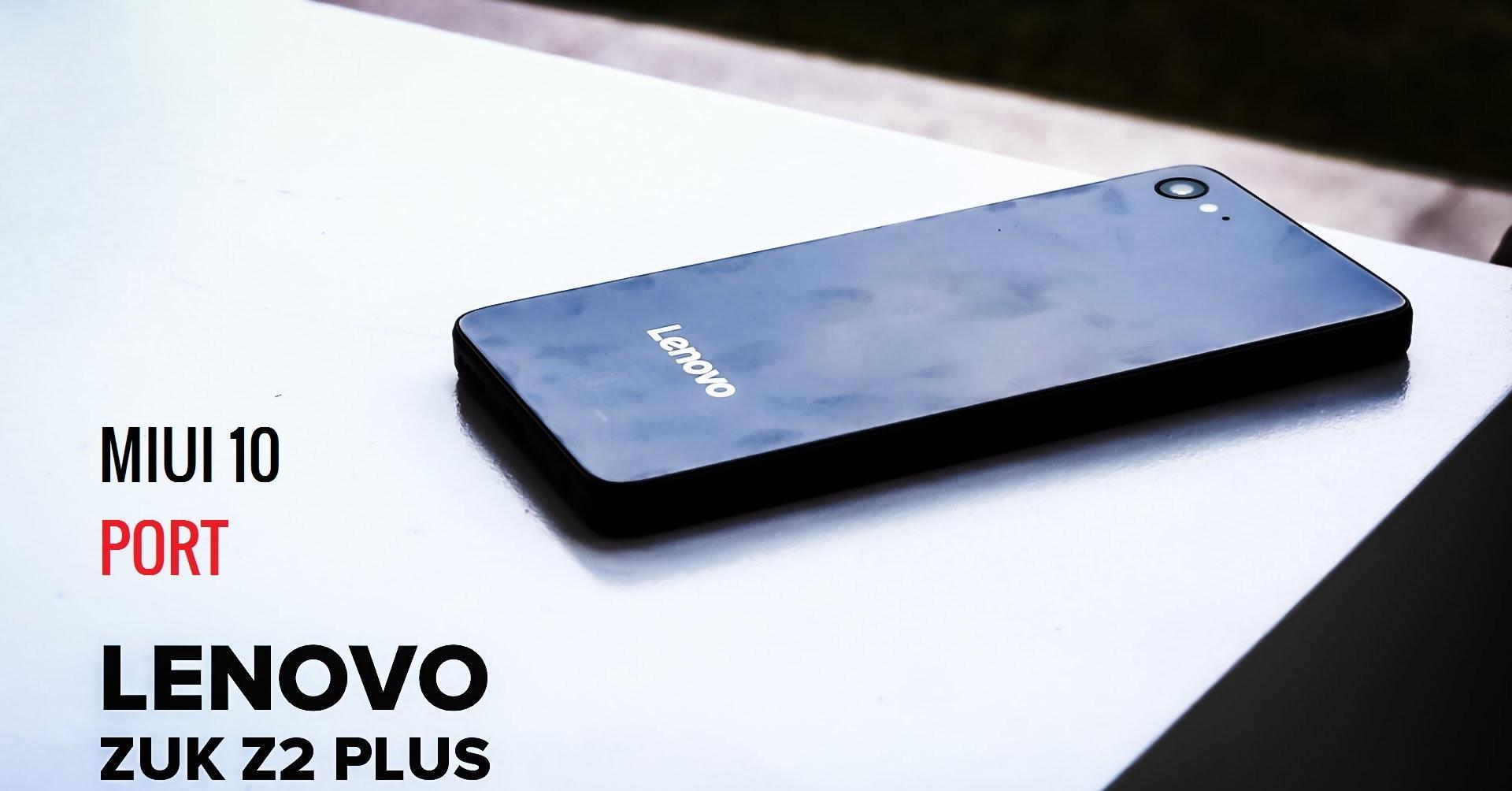 Xiaomi’s MIUI is one of the most colorful and highly customizable user interfaces, and now it’s port is available for the Lenovo Zuk Z2 Plus. The version ported here is the latest MIUI 10 which is now rolling out as a global beta ROM for a bunch of Xiaomi devices, and now the same MIUI 10 is available for the Z2 Plus as an Alpha build number as 8.6.15. This was made possible by a senior XDA developer who goes by the name babisai and is currently being tested by a specific set of users.

The file size is about 1.10GB, and you do need to flash the Gapps separately to get the Google services support. Moreover, the ROM does come with some bugs and glitches such as the camera quality isn’t what you get with the stock ROM, the device sometimes overheats, and some users were testing it also faced high battery drain as well. Means a couple of essentials are not working, for the time being so, do not think to use this ROM as a daily driver yet.

Features that works are calling, GPS compass navigation and most third-party apps work fine on this ROM. It is based on Android Oreo 8.0, and so it also comes with the standard Oreo features as well. Lenovo’s Zuk brand has been discontinued. However, the company recently announced that the most of its Zuk flagships would be treated with Android P 9.0 soon. So, till then you can wait and try this MIUI 10 ROM, when it becomes stable and further wait for the official Android P 9.0 release. Visit this link here to check out the XDA post about the port.