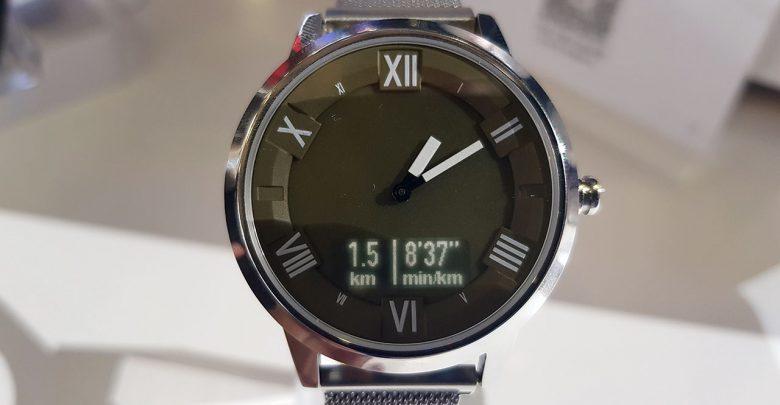 Smartwatches were regarded as a niche accessory. However, Apple again proved everyone wrong by selling millions of Apple Watch series smartwatches and is the most profitable smart wear maker currently. Other OEMs have either left the smart-watch arena or just rolling out new versions for the namesake. But then we have Lenovo trying to bring something new at an affordable price and with that said, enters the new Lenovo Watch X, which is Lenovo’s Semi-Smart watch.

It’s called a semi-smart watch because it is not really like the Gear S3 or the Moto 360. This one is analog but features a small digital component to do some smart tricks. 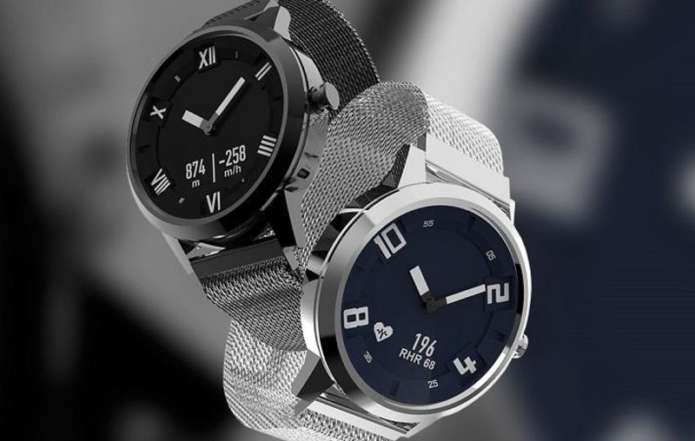 The Lenovo Watch X is an upgraded variant of the Lenovo Watch 9 and looks like a stylish analog watch with a flare of smart touch to it, in the form of that tiny OLED display within it, which sits above the six O’clock mark. While at three O’clock mark you get a physical button, which is somewhat hard to press and not very tactile.

Under the hood, all mechanical components are made by a well known high-end Swiss watchmaker Ronda. Moreover, the strap is non-removable, but it is adjustable.

The OLED display on the Lenovo Watch X display’s the following modes and details and they auto-scroll as well as you can switch to various modes, with the physical key and long press to select a mode and its settings.

And also you can access all the various modes which we discuss in the features section below.

The display is an OLED panel with a size of 0.5-inch which is in a rectangular shape, and it is also water-proof. Also, Lenovo also claims that the IP68 ratings it has can allow you to take it to the pool and it can survive up to 80m underwater, which is insane for such a cheap watch.

It also comes with Lenovo’s Watch X app, which shows you all your heart rate, sleep readings, walking distance and much more. Everything is shown in the app all your readings will be stored there.

Your watch connects to your phone via Bluetooth, and this one comes with Bluetooth 5.0 which highly emphasize power efficiency.

The Lenovo Watch packs a massive 600mAh battery which is much larger than anything seen in this segment, thus promising an outstanding battery life of 45 days. However, using the onboard sensors vigorously can drop your battery life to almost 40 days.

But you don’t need to worry much about the battery, as it’s powering a very small display and on top of that, it’s very efficient being an OLED Panel where the blacks are totally Off and not using any juice.

Charging the watch can take an hour or so, and if you find your watch is completely drained out with 0% charge, and it won’t power on, after multiple ties, then Lenovo recommends that you should not plug the charger out, before more than 10 minutes for the watch to respond.

Heart rate monitor is present here, and it’s fairly accurate, but the sleep monitors not so. Steps counter also works very well and the most interesting function Lenovo managed to bake in here is Shutter button. 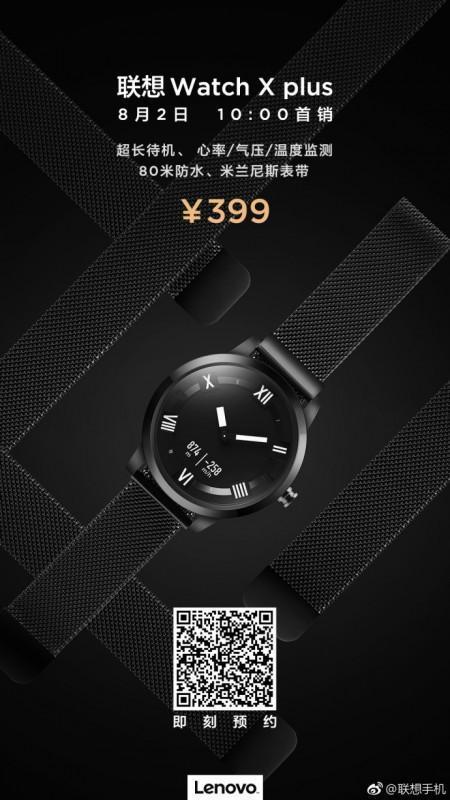 Lenovo has priced this very decently with the Watch X going on sale in the coming weeks and will retail for $ 49.99 or less. While the more premium Watch X plus which promises to enable the Air-pressure function in the future, so that might cost a little more for about $58.99.

The watch is available now on GearBest for $65.99 if you can’t wait till it arrives in your region. Furthermore, Lenovo will also introduce genuine leather straps which are a must considering the current Milanese strap is not quite appealing and a little small for people with big hands.

Pricing for the Leather straps are similar to the watch itself, means that it’s quite expensive.