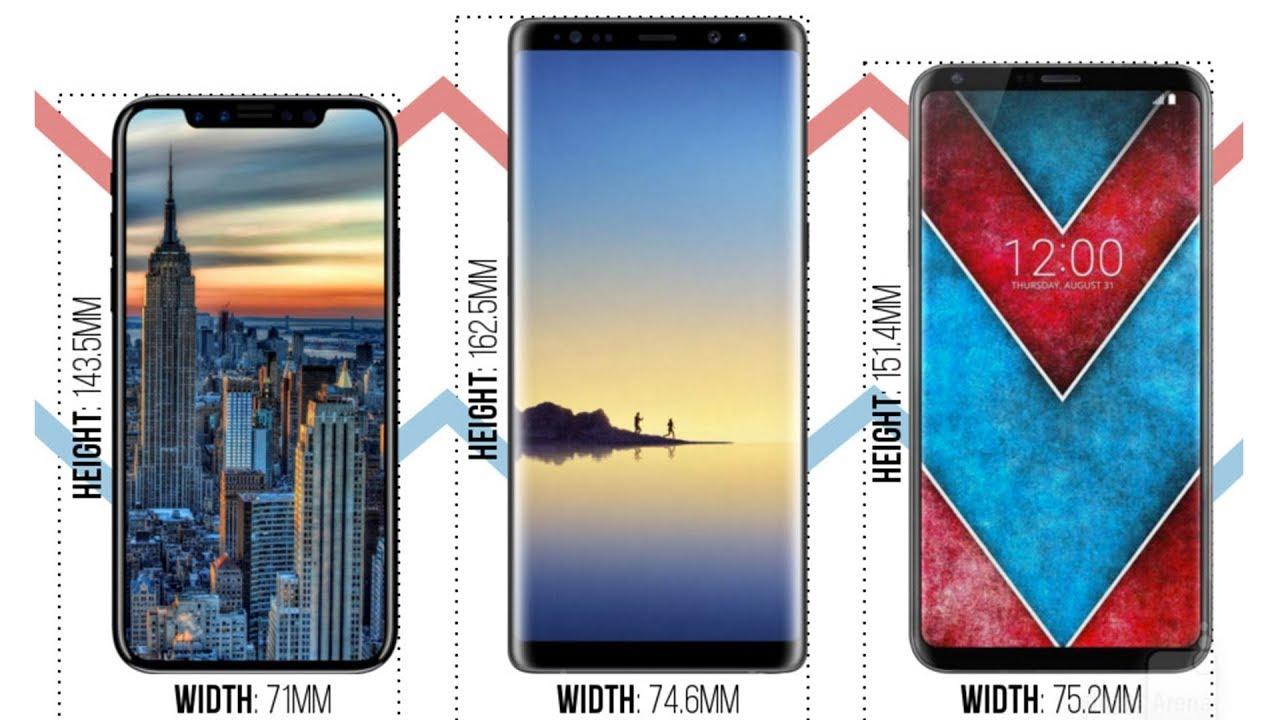 Samsung recently launched its latest addition to the Note series, Samsung Galaxy Note 8. The device comes with new features and a new S Pen for a better experience. Samsun’s Note series was in a lot in the news last year because of the faulty batteries, which led to Samsung withdrawing the device from the market. It means that the company has to fight with a lot of conflicts and also the new devices which will launch this year. We are today looking at some of the recent launches and upcoming phones to see if Samsung Galaxy Note 8 stands a chance against them.

The devices for the comparison are Samsung Galaxy Note 8, Samsung Galaxy S8 Plus, LG V30, and the rumored iPhone 8. Before heading to the details, let’s have a look at the specs of all these devices.

Below are the specs in a nutshell. 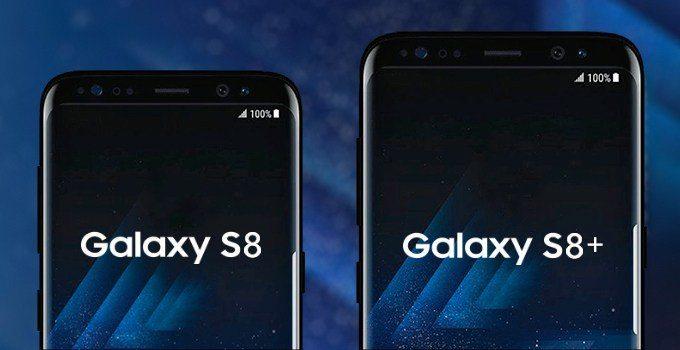 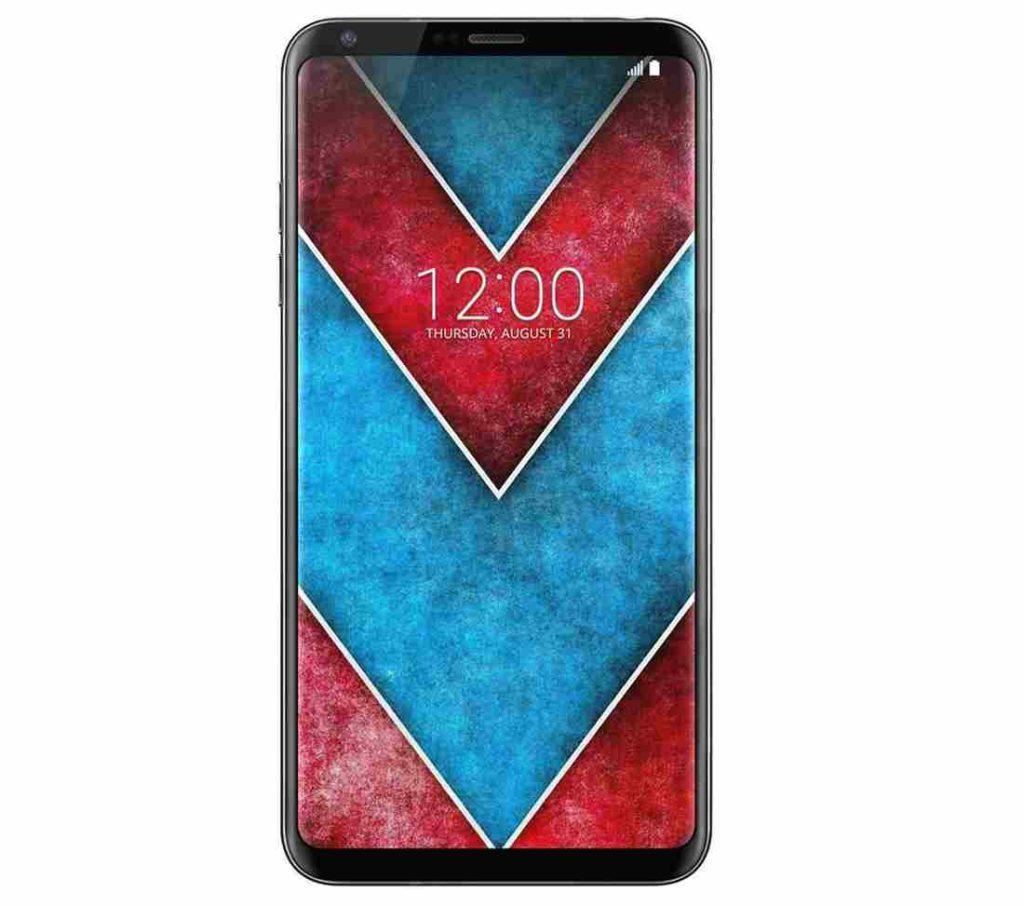 So, here were the basic specifications of the devices that we are going to compare right here, right now.

Talking about the processors, the Android devices or the Galaxy Note 8, S8+ and LG V30 are using the latest from Qualcomm, i.e., the Snapdragon 835 Flagship processor. They are clocked at almost same frequencies. Hence, the performance of the three would be almost the same. Comparing them with Apple’s A11 Processor, we currently don’t have much-leaked information that talks about the upcoming bringings from Apple so we can’t compare the iPhone 8.

The more the RAM, the faster the phone? Technically yes, but not always. We see that the Android phones are geared with 6GB RAM while the iPhone is geared with 3GB RAM. Noting that iOS is a lighter OS, it doesn’t need that much RAM to work smoothly. Hence, we would give both the devices equal points!

Rear Camera is the tool for the photographer inside you. It is worth observing that all these devices have dual rear cameras to help the user show off their photography skills! All the devices excluding the LG V30, have 12MP Rear Camera where the Galaxy S8 Plus has a single camera whereas the iPhone and the Note 8 have Dual Camera Setup. The LG V30 has got a 13MP Dual Camera Setup for the depth effect but is expected to be quite on edge to edge with the other phones being compared here.

FFC or the Front Facing Camera is for your gorgeous selfies. Here the iPhone has got 7MP FFC while the other 3 have 8MP FFCs. The FFC for the V30 has no special highlighting feature mentioned in any leaks recently; the iPhone FFC has  f/2.2, 32mm, [email protected], [email protected], face detection, HDR, panorama features, the Samsung brother have the same FFC with f/1.7, autofocus, [email protected], dual video call, Auto HDR. Hence, excluding the V30 from the competition.

The Samsung brothers are clear winners concerning aperture, but multiple frames and video resolutions are supported with a decent aperture are supported by the iPhone, making it the winner overall.

The software is the heart and soul of a device like a smartphone! The Note and the V30 come with Android 7.1.1. In contrast, the S8+ has Android 7.0 (with an upgrade to Android 7.1.1 and Android Oreo 8.0 (an upcoming update) henceforth with same behind the curtain features but the iOS 11 is far more optimized than Android helping the iPhone take an edge on Android.

The display makes the phone gorgeous. The Note8, Galaxy S8+, and the iPhone have 6.3 Inch, 6.2 Inch and 5.1 Inch Super AMOLED Displays respectively while the LG V30 has a 6 Inch P-OLED Display. Well, in my opinion, the screen size from 5 Inch to 5.5 Inch is good to be held in an average hand making the iPhone as the clear winner in my opinion!

6 Inch devices are massive in my opinion. The big boy Lumia 1520 was one of the first phablet devices making its way to the consumer market, and now most of the flagships are HUGE! And Super AMOLED displays are quite beautiful to look at, and they provide a good intensity of brightness even in broad day sunlight! We think that Galaxy Note 8 is the winner if the display is the highest priority.

Hence, we see that the iPhone is the clear winner here. I know, and I admit the Note 8 has a stylus and bigger display, but the iPhone is perfect and most balanced phone according to me! The stability of the software, hardware and their blending by the same company makes it even more perfect. The Galaxy S8+ is a neat device but Galaxy Note 8 is superior. The LG V30 might be a good device, but we lack information regarding that so we cannot comment about the same.