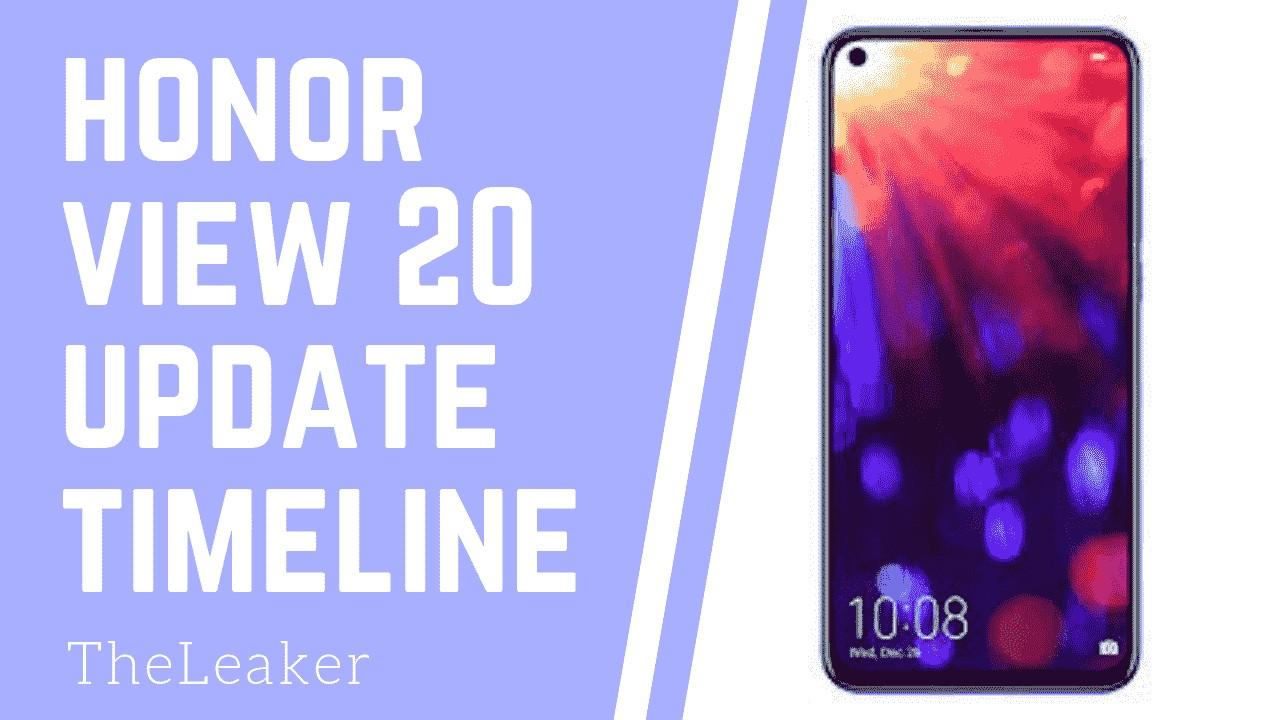 The Honor View 20 has a 6.4inch IPS LCD display with a resolution of 1080 x 2310 px. The phone is powered by Huawei’s latest flagship the HiSilicon Kirin 980 with Mali-G76 MP10 GPU. On the camera side, the phone has a 48MP Sensor with a 3D TOF Sensor to capture depth and information. On the front, the phone has a 25MP Selfie shooter to give out some good selfie’s. The phone has a 4,00mah battery along with 6/8 GB of RAM to go along. The phone runs on EMUI 9.1 based on Android 9.0 Pie.

11 May 2019: Honor has started to roll out a new update for the Honor View 20 which comes which version number Magic UI 2.1.0 which brings a new ‘Ark Compiler’ app, which can improve the system performance greatly, fixes some camera problems and also minimizes the knuckle screen capture function to reduce false touches.

24 April 2019: Honor has started rolling out a new update with version number 9.0.1.173, the latest update adds a new AR Measure app that lets will let the users measure the size of objects virtually. The update also optimizes touch screen sensitivity along with improving general performance boosts.

04 April 2019: The Honor View 20 has started to receive a new software update with version number 9.0.1.160. This update brings the latest April 2019 security patch and bug fixes along with performance improvements.

6 March 2019: Huawei Honor has started rolling out a new update for the Honor View 20 that brings a new security patch for February 2019, improvements to the camera in super night mode for better shots at night or in poorly lit conditions, improves the clarity and stability of WeChat voice calls when the screen turns off.

26 February 2019: This is the second update for this device, and it brings a much need feature of ViLTE and Video Calling. The update also improves filming of the colors in Portrait mode with some system performance improvements and bug fixes.

1 February 2019: Honor has started rolling out the first update for the Honor View 20 with some major changes. The update brings 48MP Ultra AI Clarity Feature, brings additional security thanks to the January 2019 Security Patch with some improvements in system performance and stability

The Honor View 20 was launched with Android 9.0 Pie with EMUI 9.1 onboard. There is not much of a time left for the official announcement of the Android Q, and we can guarantee that this Honor phone will be soon getting an Android Q Update, as we can see in the records of the phones. The company will provide a beta and then stable as soon as possible.