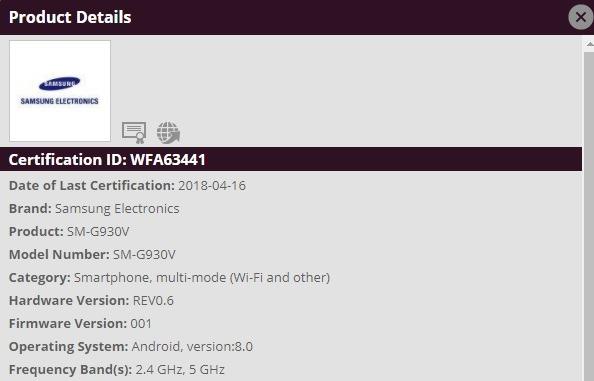 Adding more credibility to the Oreo update for S7 and Galaxy S7 Edge is this new info, which shows almost all models of the Galaxy S7 and Galaxy S7 Edge be it from a Carrier or be it from any region, all received the Wi-Fi Alliance certification, with all of them running on Android Oreo 8.0, which suggests that the Oreo update for the former flagship is just around the corner. However, there are no exact dates when it comes to software updates, but you should expect the Update to arrive by the end of April or maybe in Early or Mid May 2018.

The update won’t arrive at the same time in all regions; we could see it first arrive in the western markets, slowing making it’s way to Europe, Asia and in the middle east. Moreover, you may have to wait for some more time if you have a Galaxy S7/S7 edge from a carrier, as usually, carrier branded devices take more time when compared to an Unlocked model.