Gaming is a multi-billion dollar industry and is growing year by year, with new game titles being released almost every month, the gaming scene is now going multi-platform with the entry of mobile gamers. As smartphones are getting powerful every year, with some Android smartphones reaching PC levels of RAM and storage expansion abilities, it’s hard not to consider the mobile gaming scene. Triple AAA titles like Need for Speed, Grand Theft Auto, and the hugely popular multiplayer game such as PUBG might have a mobile equivalent, but the graphics won’t match up to that of a PC or even a console.

Speaking about the console, some games are console exclusive only, so they can’t be played even on the might PC master race, and on a mobile phone, there’s no chance at all. Another thing to note is that not all games are fun to play on a touchscreen, as giving inputs via touch is not that intuitive, and after a few hours, it might get boring for some. And graphics-intensive games are another limitation to be ported for an Android device, so to solve all these issues, many gaming firms, and the organization has come up with the solution of Cloud gaming, which lets you have a PC or a Console game available to play it on your handy smartphone.

Earlier EA acquired game FLy, which was at the forefront of cloud gaming, and this shows how seriously big gaming tech titans have taken Cloud gaming and expanding their portfolio to mobile gamers. So, a smartphone or a mobile gamer is now also an important customer to them, and thus this new breed will not be neglected again.

So now the concept of Cloud Gaming is that you download an app which will serve as the client-side, while the game will be processed on the server-side which is in the cloud, the cloud contains all the high-end ingredients to run the game at a smooth rate and that same live feed will be sent to your client on your smartphone, and you will give inputs on your phone, which will be sent to the server. It will be processed there, and again the result of the response will be given back. All these things happen within a matter of milliseconds, and you won’t even notice any input lag.

However, you do require a pretty stable fast internet for this, not in 100s of Mbps but at least more than 5mbps or more, but 10Mbps is recommended. The cloud gaming concept is a subscription-based system where you pay a monthly fee and get access to the high-end specs that come along with 100s of triple-A titles, free to play anywhere at any point in time. While for some games, you have to have owned them on Steam or other similar gaming platforms.

Now, let us take a look at what all cloud platforms are available for you at the moment and what are their features and subscriptions. However, at the time of writing this post, the prices could vary with the demand when you’re reading this, say after a year or so.

This is one of the most affordable cloud gaming platforms out there, they have a library of over 100 game titles, but most of them are indies games. They have powerful hardware specs that are always at your disposal, powered by Nvidia GPUs. However, most of the games with them does require you to own it on Steam in the first place. No trail accounts are currently provided, and they do have an app(Beta stage) on the Android platform as well. The subscription starts from $9.99 monthly.

They also keep your saved game data for 30 days after the subscription gets expired. 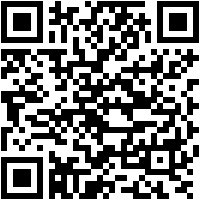 This one also provides impressive hardware on the cloud, and all you have to do is own that game either on your steam or origin account and connect it to liquid sky’s cloud PC with high-specs, and you’re ready to get those smooth frame rates of a $1000 PC. However, they don’t have a huge selection of games and are recommended to own the game by yourself, which might be a bummer for some.

Talking about its plans not the most value for money, but are okay considering you own that highly graphics-intensive title on your Steam account and play it on weekends or so. Because the starting plans allow you to have 25 hours of gameplay with 200GB of storage for just $14.99 per month, other plans are also available. It is also available for Android and will soon arrive on MAC OS as well.

Liquid Sky also has a separate cloud computing platform where you can run your other apps with those high-end specs they provide, which brings us to our next contender in this list. 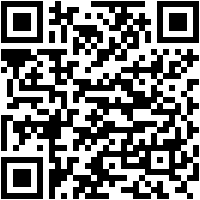 This is a French company providing a variety of games with hardware such as an Intel Xenon CPU, with Nvidia GTX 1070 or similar, SSD storage only for you as well as 12GB of RAM or more. This one also requires you to download the games on their cloud PC, but not only can you play games on their top-shelf silicon in the cloud, but also use other Apps that require heavy CPU and GPU processing such as After Effects, Premier pro, Houdini and much more. The only problem is that some of their

Pricing starts from $29 a month for the GTX 1070 rig. They also have a YouTube channel, but most of it is in French. 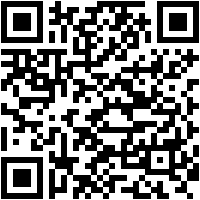 Simplay is another popular full gaming PC in the cloud, with affordable plans offering one of the high-end specs, and there’s also no gaming hours limit. So, you can play all day long. All you need is to own that game on Steam, origin, or similar and then connect to simplay, and you’re done.

Pricing starts from $26 a month, which provides enough value considering you get top of the line PC gaming hardware for that. The inclusion of some triple-A titles would have been amazing, but this is what we have on the list for now. This is currently not available for Android, but your windows-based tablet will do fine on this.

If another new platform comes up in this segment, we will update this Cloud gaming list. So, that’s how you can play games like GTA 5, Wildlands, Pubg, Hell blade on your smartphone over Cloud Gaming with Full Graphics turned on to high.