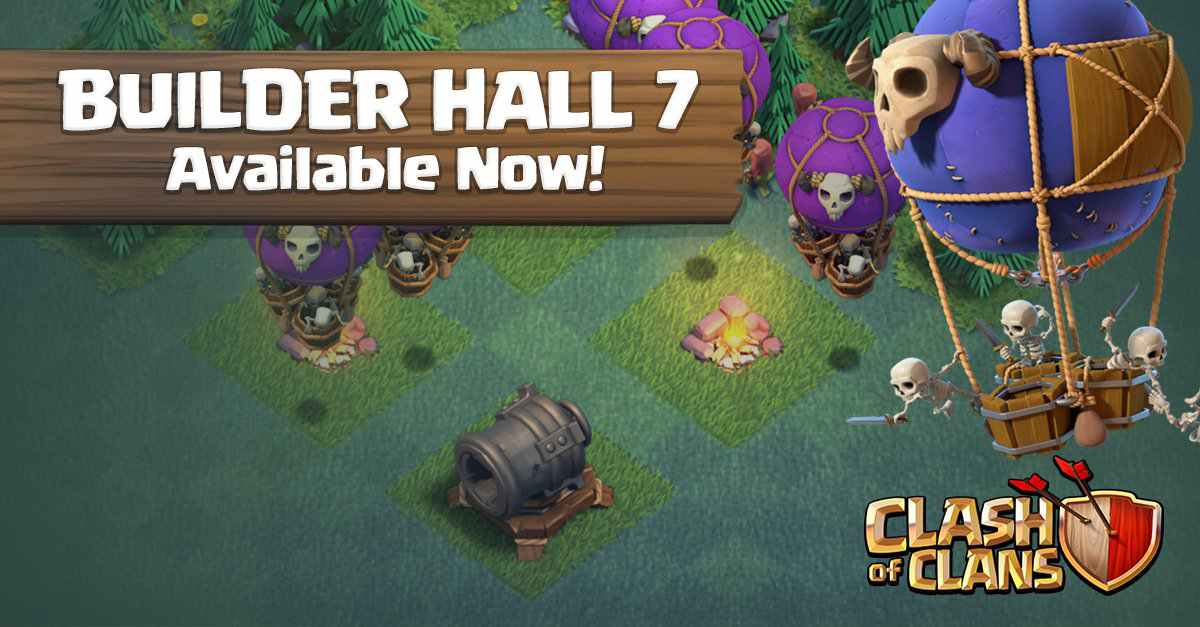 A popular Android game from the developer Supercell has just received a major update which they have named as the “Builder Hall 7” update. If you read our articles for a while, then you might be aware that earlier we have posted an article regarding the problems and issues with Clash of Clans game.

Users were complaining a lot about the uneven rules of the game, let’s check out that what the Builder Hall Level 7 update brings to the game.

The big good news is that in this Hall Level 7 update, the Clan War Matchmaking algorithm has changed which will result in better and unbiased matchmaking of the players all around the world.

Earlier a lot of users reported that the uneven matchmaking is taking place in the game, in which a player with a lower town hall is being matched with the one who is on the higher town hall level in wars, which means that the one in the lower town hall will get defeated quickly. As per Supercell, this issue has been fixed, and from now the matchmaking will take a little more which allows their system to match the players evenly.

The new level also includes some new features like the introduction of “The Giant Cannon,” which has the power to destroy several troops with just one blast, once released it keeps on clearing whatever comes in its way till it reaches the end of the map.

Another excellent addition is the introduction of “The Drop Ship”  which will help to unclear your squads and ranged damage from ground defenses. For further information stay tuned to us.