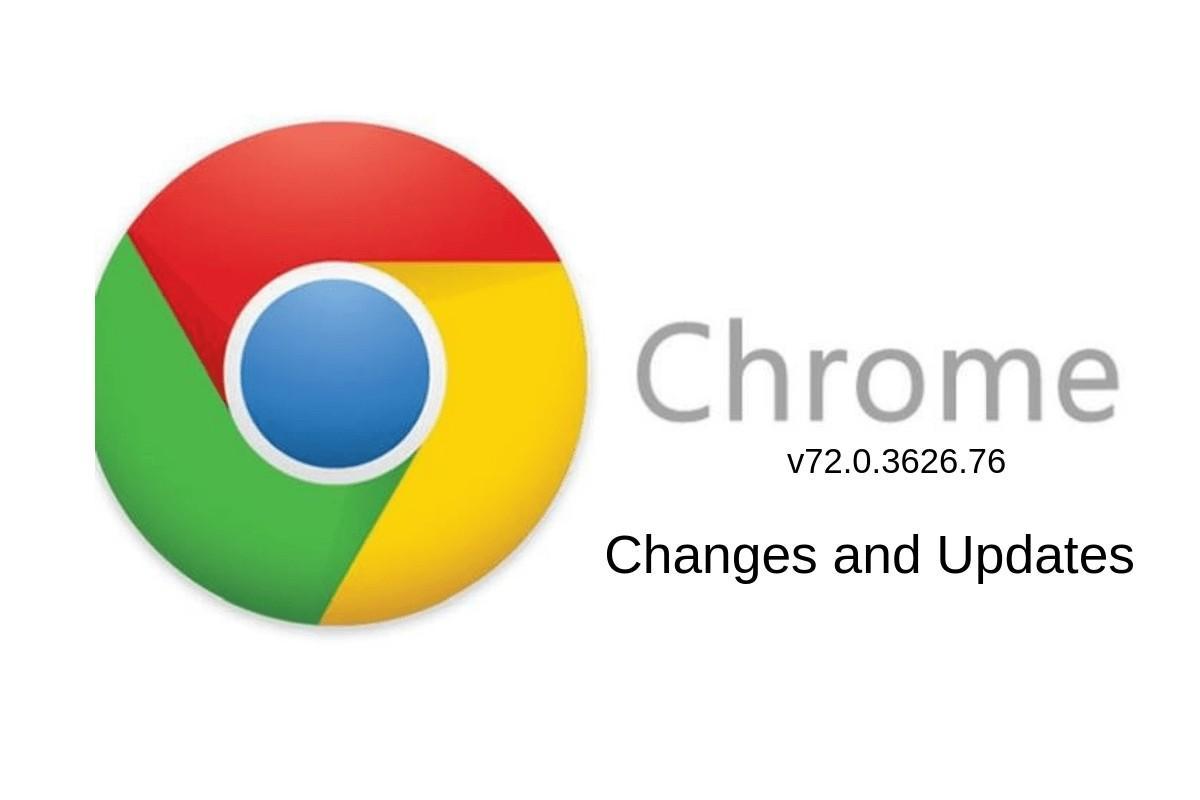 It has been time since the last release of v71 of chrome, and as per google’s schedule of releasing an update every 6 months, Google has released a new update for the Chrome named v72, and it brings new features to the Chrome browser App.

After the update, if we need to move back to a recently visited page we can just keep holding the back button, and it will show us the option of choosing the page to back, This functionality is very useful for the users who search a lot on the web.

This was previously launched on the desktop version which could be accessible by holding the back or forward buttons. This is a minor change but could be useful to many users

The navigation bar or Chrome Duet:

This was developed by Google a year ago. Google worked on it as a part of the change or redesigning the navigation bar of Chrome. While many people don’t know much about this feature, it is a handy one. This gives us the additional back button like on the iOS devices

It has several features such as clicking on the search icon takes you to the address bar, It also has a share icon so that you can share the page with your friends and relatives easily and a home button so that you can take it to the home page. After the update, it has some changes such as the Tab button has been moved to center and a new button is added at the corner for all open tabs.

Duet is not enabled by default in the Chrome, but it can be enabled by following these steps:

Step 3: Search for Duet in the search box

Step 4: Set it to enable

TLS (Transport Layer Security) has been removed or has stopped functioning; You will receive a warning if you try to visit a site using TLS and may fail to load entirely from the upcoming years.

For those who are wondering what TLS (Transport Layer Security) is, it is a technology used by HTTPS sites which ensures that the data transported is safe and secure. However, TLS 1.0 and 1.1 are deprecated as the technology had become old, so it was removed from chrome 72 update.

Google has enabled or introduced this API for security and convenience. After this API is enabled, users can log in to the website via a fingerprint, security key or other passwords. This includes support for Windows Hello and Google’s Titan Key. This API is now not being used by the majority of the websites but will be implemented soon.

Chrome will no longer display content loaded or seen on an FTP Server. These files just could be downloaded now.

Now web pages can’t create popup notifications if you have closed the tab. and if you think you can be safe by disabling the Pop-up blocker, you cannot

This now allows sites visited on chrome, to send website crash reports to the Webpage developers. This would allow them to find the bug an fix it

Website based apps can now capture the screen or window using the newly enabled getDisplayMedia API, after the update, The #unified-consent flag has added a new page for the users to manage their privacy

This would upgrade your existing app, be sure to make a backup if you wish to save your data. This Chrome APK is signed by Google and is Verified safe to download.