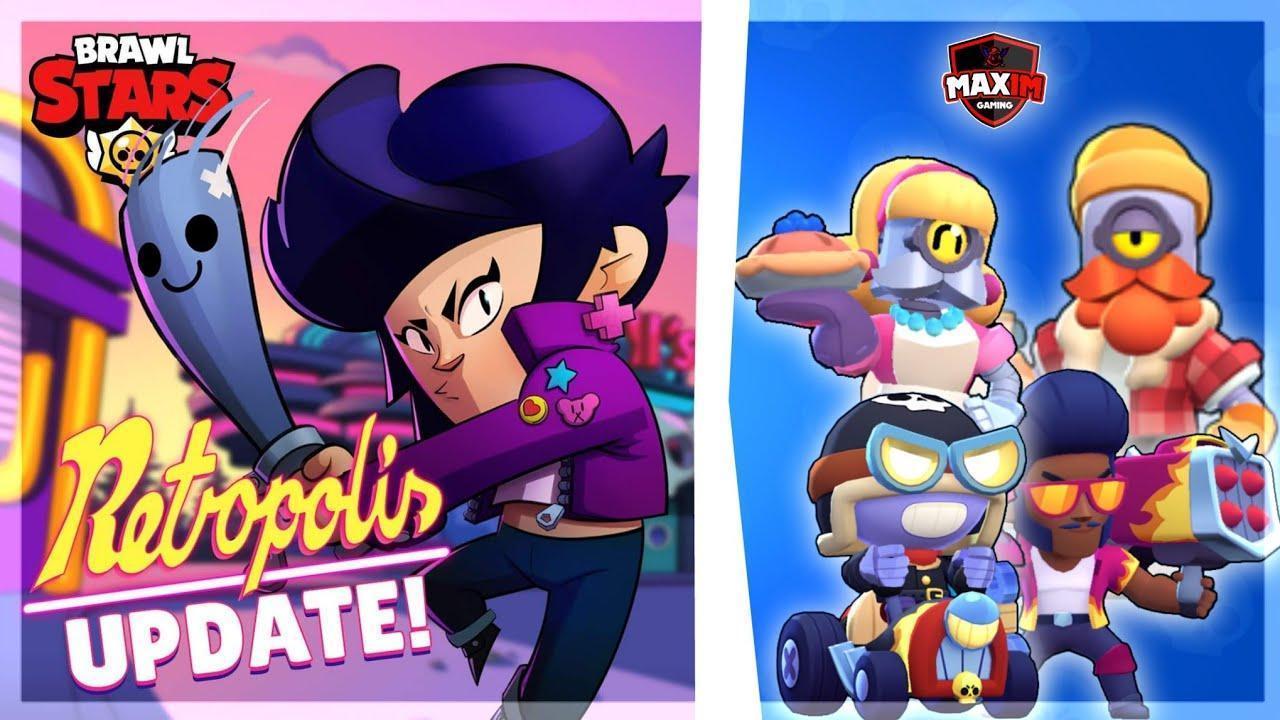 Supercell has been teasing about a major update to the popular multiplayer game Brawl Stars for quite some time now. The gaming studio has been talking about the new update on Twitter, teasing a new game mode – Retropolis and a new brawler as well. Finally, the wait has ended, and the update in question is now rolling out to users across platforms, and We are here to take a look at everything new in this update.

After a 3-hour long maintenance break, the new RetroPolis update has finally made it to the game, and it’s even bigger than expected. Let’s take a detailed look at everything new in the latest Brawl Stars update.

The latest Brawl Stars update brings a new Brawler to the game. BIBI, the new Brawl in the game has three attacks. The Main attack is called the Three Strikes, and it knocks back the enemies when her Home Run bar is charged. BIBI’s super attack is called Spitball using which it bats a bouncing ball of a bubble gum that can deal damage on hitting the enemies multiple times.  BIBI’s star power is home run and Bibi’s movement speed increases while her Home Run bar is fully charged.

Other changes to the game include Rosa getting a new voiceover, the Leaders & co-leaders getting an option to send in-game mail to Club members and Supercell ID 2.0 which will be making its way to the game next week.

If you haven’t received the update yet, then you can download the latest Brawl Stars 18.104 APK update from here.