Update: An unannounced version of a Zenfone passed through the FCC, Carrying the model number Z01BDC. Last month the same phone was caught on the GFX benchmark database. The GFX Benchmark listening suggests that the phone will feature a Snapdragon chipset that comes with an octa-core Cortex-A53 CPU clocked at a maximum of 1.4 GHz and an Adreno 505 GPU (Maybe Snapdragon 430) alongside with 2 GB of RAM and 32 GB of internal storage. ON the Camera side the phone has a 13 MP back shooter with 8 MP front shooter. Accordingly, the phone runs on the Android 6.0.1 Marshmallow out of the box. 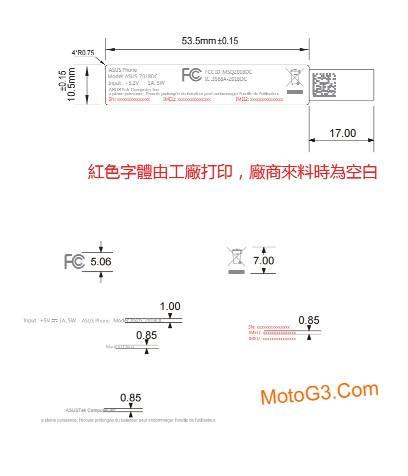 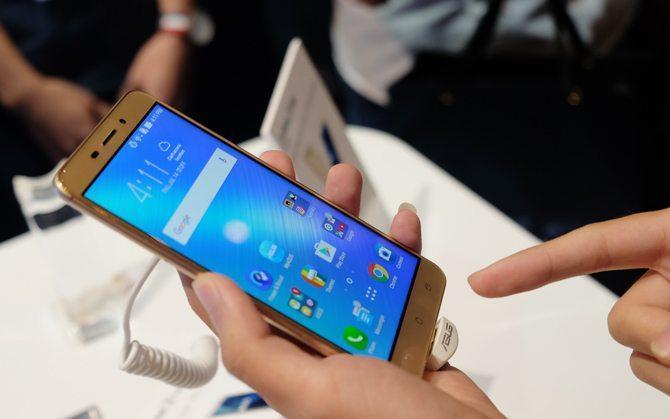 The cheapest of all of them is Zenfone 3 Max. Which has a 4100 mAh with Quick Charge 3.0 support and Android 6.0 Marshmallow w/ ZenUI. Asus claims that the phone will charge from 0 to 100% within 2 hours. The phone also has full metal body design alongside with has two strip antenna pattern. On the display side, 5.2 inches Full HD 1080×1920 2.5D arc Glass display. The phone has 3 GB of RAM and 64 GB of internal storage. Exact CPU is still unknown but it is suggested that the phone uses Snapdragon 625 CPU. 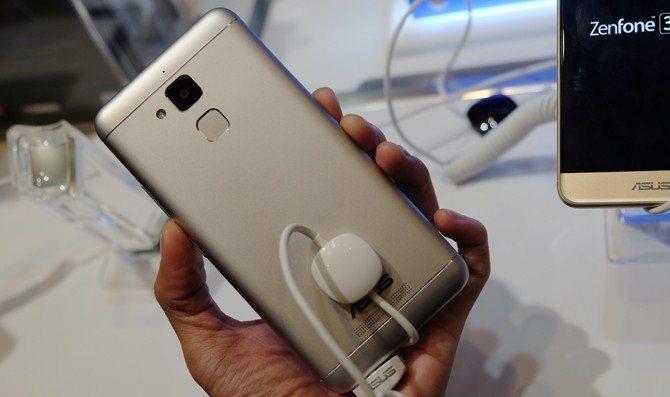 Fingerprint sensor placed behind the Smartphone has integrated 360 ° detection technology with upto 5 fingers,  It takes just 0.2s to unlock and access many different applications. ZenFone 3 Max will cost 4.49 million VND in Vietnam and Php9,500 in the Philippines. It will be available in Titanium Gray, Glacier Silver, Sand Gold color variants.

Asus didn’t mention any exact date for availability but we expect that all of the smartphones will be available from August.

There are 5 Zenfone models in the listening ASUS_Z01BDC, ZC551KL, ASUS_Z01BD, ASUS_Z01BDB, and ASUS_Z01BDA. We think that Asus can launch some different variants of Zenfone 3 laser model maybe a 4 GB model too. Although ZC551KL seems to be a different Zenfone smartphone, Maybe another Zenfone GO? 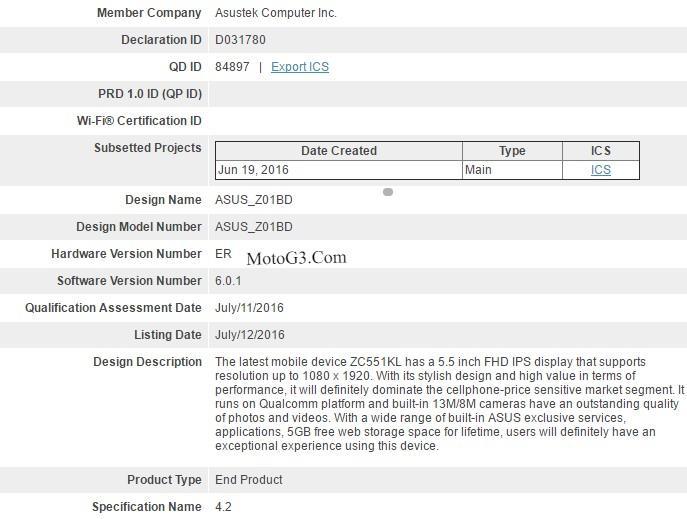 According to the listening

The latest mobile device ZC551KL has a 5.5 inch FHD IPS display that supports resolution up to 1080 x 1920. With its stylish design and high value in terms of performance, it will definitely dominate the cellphone-price sensitive market segment. It runs on Qualcomm platform and built-in 13M/8M cameras have an outstanding quality of photos and videos. With a wide range of built-in ASUS exclusive services, applications, 5GB free web storage space for lifetime, users will definitely have an exceptional experience using this device 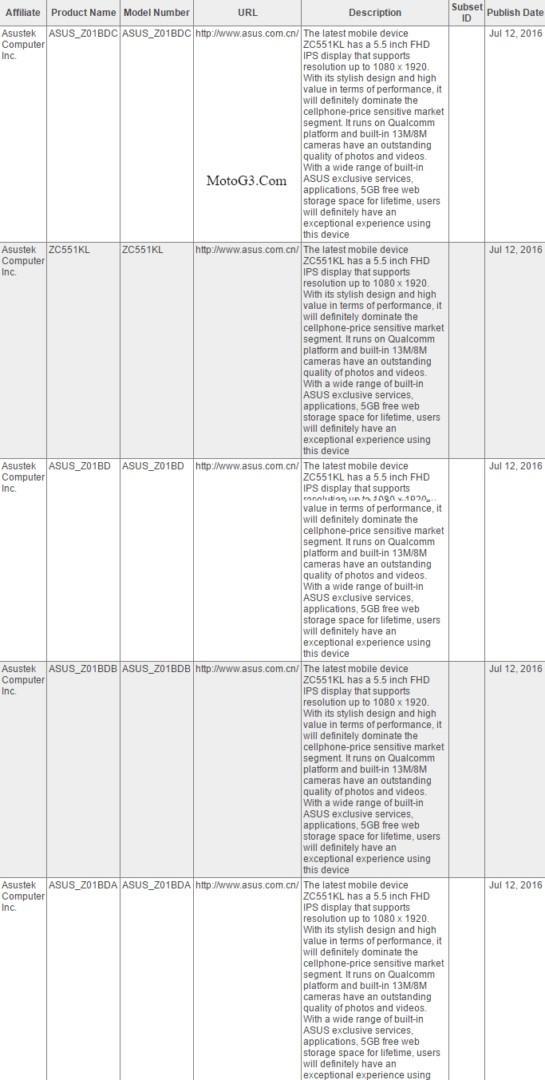 It is also expected that Asus can unveil the smartphone at the Zenfone 3 series launch. As the predecessor was a budget device, We expect Zenfone 3 laser to follow the same pricing options.