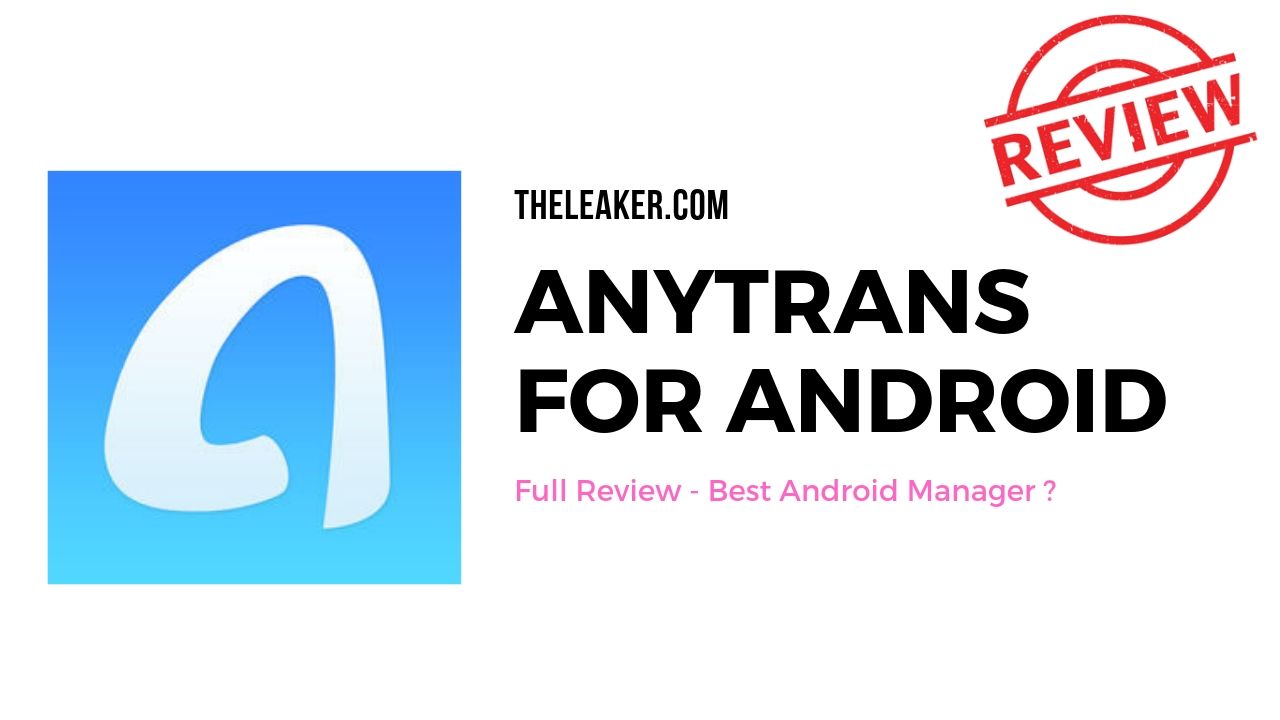 Looking for a software which can help you move your data from your Android to iOS or even vice-versa, you are at the right place today we will be reviewing a new software which has multiple functions and is very useful for both Android and iOS device users. AnyTrans is a freemium tool which is basically an Android Manager which can help in various ways, so without wasting any time, let’s dive into the content.

AnyTrans is one of the best Android Manager application available for download on Windows and MacOS. The tool has multiple functions such as transferring Whatsapp Messages from Android to iOS, iOS to Android devices, backing up smartphone data, transferring files directly to the phone, and some more useful features. AnyTrans allows a user to clone all files and even settings from an Android device to another device in just seconds. Yes, you read it right in seconds. Also, AnyTrans for Android has an inbuilt media downloader which lets users download files from Youtube, Facebook, and some more video streaming sites to be available offline just like Videoder app.

We have been testing the AnyTrans for Android app for a quite a few days, and now we have some final impressions about it. First of all, AnyTrans is mainly used to transfer files from a device to another, be it Android or even iOS. For example, transfer messages from iPhone to Android. The Transfer speed is good, and you don’t need to transfer your data from one device to the PC and then the PC to the other device, instead AnyTrans transfers the files directly between the devices. However, the transfer speed mainly depends on the data cable and which port your computer is using. Also, it has a feature which is the most needed one; It allows users to Transfer Whatsapp Messages and data from an Android to iOS.

Also with AnyTrans Users can install APK files from the PC directly and even bulk uninstall apps from the Android device easily, and if you migrate from phone to other, AnyTrans automatically installs all the apps from your previous phone to the other one, so you don’t need to install all the apps manually. AnyTrans also can make your Android device act as a USB Flash Drive, which is cool and really useful in some cases.

Pricing – Is it too Expensive?

You can use the tool for free. However, the Pricing of the paid version of AnyTrans starts from $39.99 for a single license valid for lifetime usage, the second plan which is meant for Family users and offers 5 licenses is priced at $59.99, and the final plan meant for Business users starts from $99.99 and goes up as high as $599.99. Obviously, this is too expensive for software, but according to the number of features which it offers, its a steal deal and you won’t have to renew the subscription.

AnyTrans for Android is entirely safe and is scanned by Norton Antivirus, and even in our testing, we found no threats with scanning it with QuickHeal Antivirus. We can say that your data is protected and will be stored securely.